The second season of Netflix’s Bridgerton is back with us. After the excitement of the tale of Daphne Bridgertons’ relationship and marriage to the good Duke Simon, it’s time to turn our attention to the eldest Bridgerton, Anthony, and his quest for a wife over “the Tons” summer season. As usual, things don’t work out exactly according to plan. The path of true love never runs smoothly, but in true Bridgerton style, everyone gets where they should be in the end. One of the most interesting scenes is a spirited game of Croquet, played by the younger Brigertons and the two Sharmas. Watched on by Lady Bridgerton and Lady Danbury, it soon becomes clear that the competitive Kate, and equally combative Anthony, are experiencing something deeper than a desire to win. 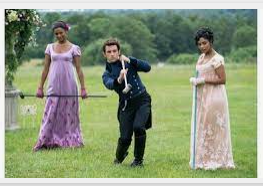 The game is sure to gain some increased popularity because of this feature, and rightly so. Croquet is quite a simple game. All you really need is a good lawn for a playing surface. You don’t need a vast space like the Bridgertons country home. A standard lawn is fine. You will need to have it cut to a decent size, and whilst even a rich family like the Bridgertons didn’t have a lawnmower, they weren’t invented in the early 1800s, the modern garden should always have some Mountfield Spares, like those from www.diyspareparts.com/parts/mountfield/, in case they are needed. 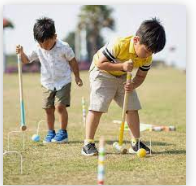 There are quite a few variations of the rules of the game (the Bridgertons and Sharma’s play Pall Mall). The North American rules are very different to the European ones, for example. Ultimately, the game is played with either wooden or plastic balls. It’s a turn-based game where you have to hit the balls through a series of ground implanted arches. Sometimes this is in a set order, or they are worth points. One of the most popular versions is to clear the hoops and then be the first to hit the central pin. You can knock out your opponents’ balls or try to take the least amount of shots possible. All in all, it’s a great game of fun and can get quite intense. The skill levels are not hard to achieve, and it’s one of those games that anyone can pick up on pretty quickly.

You might not find the love of your life doing it, but you will probably find that, like the Bridgertons, your family will have lots of enjoyment trying to beat each other.

How to decorate the guest room

15 Decorative Ideas That You Can Put Into Practice

How to make flower pots out of plastic bottles? With examples